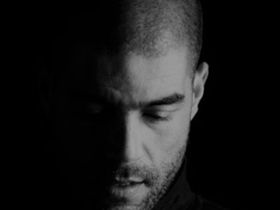 Emanuel Gat was born in Israel in 1969. His first encounter with dance was at the age of 23 during a workshop led by Israeli choreographer Nir Ben Gal. A few months later he joined the Liat Dror Nir Ben Gal Company with whom he toured internationally. He started working as an independent choreographer in 1994.

Ten years later, Emanuel founded his company Emanuel Gat Dance at the Suzanne Dellal Centre in Tel Aviv, with whom he has created several pieces of which “Winter Voyage” (2004) and “The Rite of Spring” (2004) won a Bessy Award; “K626” in 2006 and “3for2007” in 2007 came next, before choosing to settle in France, at the Maison Intercommunale de la Danse in Istres. “Silent Ballet” (2008) was the first piece created in France, followed by “Winter Variations” in 2009 and “Brilliant Corners” in 2011.