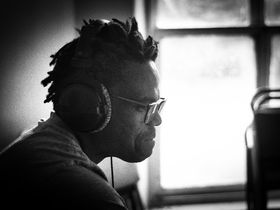 Luke Sutherland has played, collaborated and toured with many groups and people over the years including Rev Magnetic, Mogwai and Long Fin Killie. His composition credits include scores for the National Theatre of Scotland’s Venus as a Boy, The Edinburgh International Books Festival’s Throwing Voices project, Curious Seed’s And The Birds Did Sing, Whiteout by Barrowland Ballet, The North by Joan Clevillé Dance, and Second Coming, the debut feature
film by writer/director debbie tucker green.