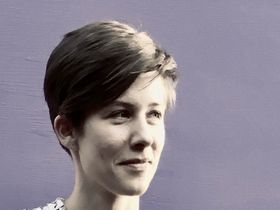 Rike Zöllner is a London based Costume Designer originally from Germany. She trained at The Royal Welsh College of Music and Drama (MA) after a degree in Literature and Performing Arts in France. Since, she has gone on to design costumes for Opera, Theatre and Film, but her focus remains within the fleeting conditions of life performance, accentuating the performers movement and responding to its physicality.

She has worked with choreographers such as Dimitris Papaioannou, Ben Wright, Theo Clinkard, Colette Sadler or Tim Etchells. In 2019 she was awarded as an Honorary Associate of the Royal Welsh College Of Music And Drama.