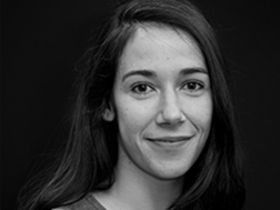 Originally from Brisbane, Australia, Adrienne trained at Queensland University of Technology, graduating with a Bachelor of Fine Arts (Distinction) in 2008. Upon relocating to Edinburgh in 2009, Adrienne commenced her freelance dance career, establishing herself as a valuable member of the Scottish dance community.

Adrienne gained significant experience working for 8 years with Janis Claxton Dance, touring nationally, internationally and premiering POP-UP Duets in 2016. She has worked extensively with Scottish-based choreographer, Tamsyn Russell, performing throughout Scotland, including at the Edinburgh International Children's Festival. Most recently, she performed with Barrowland Ballet in Poznań, Poland. Adrienne has been fortunate enough to receive two professional development grants from Creative Scotland.