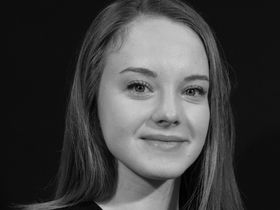 In 2015 she moved to UK where she continued her education at Northern School of Contemporary Dance in Leeds. She graduated in 2018 with a First Class Honours Degree. During her time at Northern, Glenda worked with and performed pieces by Mattias Ekholm, Suzie Davies, Gavin Coward, Jamaal Burkmar and Tamsin Fitzgerald. She was also invited to perform her own solo work Taranta in the final graduation performance at the Riley Theatre. She then joined the postgraduate company VERVE, under the artistic direction of Matthew Robinson.

In 2019 she completed her MA degree in Contemporary Dance Performance.