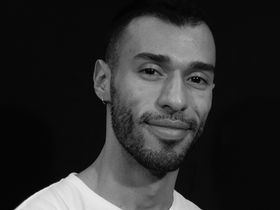 In 2013, he participated in “Viva, Vive!”, a collaboration between Ballet Jovem and Black Box Dance Company, under the direction of Marie Brolin-Tani, in Holstebro (Denmark). With "Viva, Vive" he embarked on a tour around Denmark and Sweden, in the following year.

Castro joined Baltic Dance Theatre in October 2014, in Gdansk (Poland), where he had the opportunity to work with Jiří Kylián and Patrick Delcroix.

In March 2016, he joined ZfinMalta Dance Ensemble, in Malta. There he performed works by various choreographers, such as José Agudo and Iván Pérez.

Most recently he performed in Matthew Bourne's Swan Lake (UK and International tour), including Sadler's Wells season and a special performance at the Olivier Awards 2019.