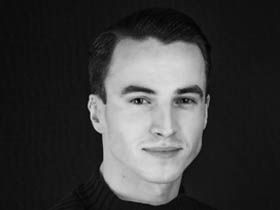 Kieran was born and raised in Truro, Cornwall. At 18 he was awarded a scholarship to train at Bodywork Co., Cambridge. During his training, he was the recipient of two principle awards for excellence, in Versatility and Ballet. He also achieved the title 'Young Dancer of the Year 2010,' judged by Arlene Phillips on Sky 1 in association with DanceXchange.

Kieran has already had an eclectic career and has been lucky enough to work across genres with choreographers such as Sidi Larbi Cherkaoui, Martin Joyce, Angela Towler, Carlos Acosta, Litza Bixler and Kim Gavin.

Kieran joined the company in August 2016.