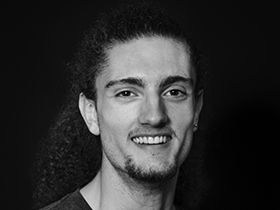 Luigi started dancing from the age of 12 at The Place Centre for Advanced Training, before joining the National Youth Dance Company under the artistic direction of Akram Khan when he was 15. In 2014, Luigi continued his training at Rambert School of Ballet and Contemporary Dance.

During his time at Rambert, Luigi worked with and performed pieces by choreographers such as Wayne Parsons, Theo Clinkard, Ashley Page and Arielle Smith. Alongside this Luigi was also given the opportunity to perform alongside Rambert Company, dancing in Mark Baldwin's The Creation and Itzik Galili's A Linha Curva.