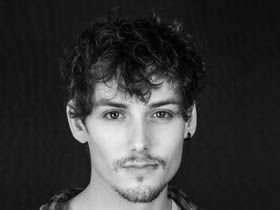 Originally from Barcelona, Spain. Oscar graduated from the Institut del Teatre Barcelona in 2010.

The same year he started working at the Gelabert-Azzopardi Dance Company for the production Belmonte, under the direction of Cesc Gelabert and Lydia Azzopardi.

He then went on to join IT Dansa directed by Catherine Allard for 3 years. Throughout this time, he performed works by choreographers; Ohad Naharín, Jiří Kylián, Rafael Bonachela, Alexander Ekman, Sidi Larbi Chekaoui, Catherine Allard and Nacho Duato. In 2013 he joined Baltic Dance Theatre, Poland, where he was later promoted to become a soloist dancer. He also performed with imPerfect Dancers Company in May 2016, for the project InFaust.