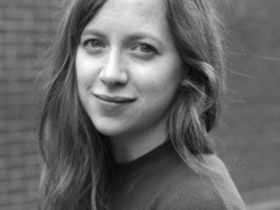 Stephanie McMann is a dancer rehearsal/movement director from London. She works predominantly as a performer with makers Roberta Jean, Theo Clinkard, Lucy Suggate, Laura Dannequin, Dan Canham, Last Yearz Interesting Negro, Janine Harrington, Damien Jalet, Hussein Chalayan, Seke Chimutengewende, Corin Sworn and Julie Cunningham amongst others. Stephanie’s film work includes Suspiria (2018) and World War Z (2013) working regularly in TV and Film with Alex Reynolds.  She is a past Sadler’s Wells Summer University artist (2015-18) and a movement and rehearsal director for dance, theatre and circus, including most recently with Acrojou in 2019. She is currently establishing a mentoring practice for independent dance-makers and within the fashion industry.

Stephanie is developing a duet practice in collaboration with Laura Dannequin for a new work, What We Whispered and What We Screamed to premier in 2020. Stephanie is also a dancer/co-artistic director of Nora (a dancer led commissioning project) with Eleanor Sikorski & Flora Wellesley Wesley. Their last commission was with Deborah Hay, Where Home Is and they are currently working with Eleanor Bauer on a new film project for 2021/22.