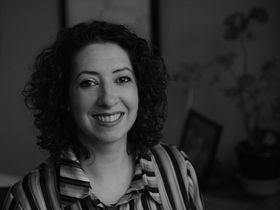 Tashi Gore is Associate Director (Engage) of Dundee Rep and Scottish Dance Theatre. She works predominantly in socially engaged contexts making original performance as a director/facilitator and supporting artists as a producer and consultant in Scotland and internationally.

Tashi is co-artistic director of multi award winning Glass Performance, where she makes biographical performance work inspired by the people she meets and the question they have about the world. With Glass she co-founded young people’s performance collective Junction 25 at Tramway in Glasgow, and Polmont Youth Theatre at HMYOI Polmont, the first youth theatre in a Scottish prison. Junction 25 were the recipients of a CATS Whiskers for outstanding contribution to Scottish theatre in 2015.  She has co-authored A Beginners Guide to Devising Theatre with long term collaborator Jess Thorpe that was published by Bloomsbury in September 2019.

Tashi is also a visiting lecturer at the Royal Conservatoire of Scotland and her work in higher education has led her to develop an interest in supporting artists’ development and providing a critical framework for the creation of new work. Tashi is a partnering artist with American company Dance Exchange and is a trainer and facilitator for the Liz Lerman Critical Response Process. She is also part of the Federation of Scottish Theatre CRP facilitators network.