Today Tuesday 12 March, Scottish Dance Theatre is delighted to announce the appointment of Joan Clevillé as Artistic Director. The internationally renowned choreographer becomes the seventh artistic director of this award winning company. Clevillé has a long history with Scottish Dance Theatre joining as a dancer in 2009. As a choreographer he made his first piece for the company Dreamt for Light Years in 2011. Joan made Dundee his permanent home following his departure from the company in 2013 and in 2015 founded Joan Clevillé Dance (JCD) whose work has toured extensively and been programmed in the Made in Scotland Showcase, British Council Showcase, British Dance Edition and Tanzmesse, Germany.

Born in Barcelona, Joan Clevillé is an independent choreographer based in Dundee (Scotland), and since 2015, has been Artistic Director of Joan Clevillé Dance (JCD). He has worked for seventeen years as a dancer, teacher and rehearsal director in companies across Europe, including Scottish Dance Theatre (2009-2013), Lost Dog, Dog Kennel Hill Project (London), the Ballet of the Graz Opera (Austria), the Choreographic Centre of Valencia, and Ballet Carmen Roche (Madrid). He is a member of Collective Endeavours, a Glasgow-based music and dance improvisation collective, and works regularly as a guest teacher for international companies and vocational schools in Sweden, The Netherlands, Austria and the UK. His work as a choreographer has been presented in venues and festivals across the UK and Europe and as far as Argentina and Japan. He has also received commissions from VERVE (UK), Next Liberty (Austria), Thomas Noone Dance (Barcelona), Café Fuerte (Austria), Project Y (Scotland) and Institut del Teatre (Barcelona) amongst others. Since summer 2014, Joan has been Associate Artist of Scottish School of Contemporary Dance, and was one of Glasgow Tramway’s 2017 Associate Artists.

Speaking at the announcement of the appointment, Scottish Dance Theatre Artistic Director Joan Clevillé said:
“It is an immense joy and an honour to have been appointed Artistic Director of Scottish Dance Theatre, the company that brought me to Scotland from Barcelona ten years ago. Back then, SDT offered me the opportunity to find my own voice as a dancer and choreographer, and Dundee became both a new home and a springboard from where to launch my own independent company, Joan Clevillé Dance, in 2015.

As a Catalan choreographer, I have always felt incredibly welcomed and supported in Scotland, and I am now thrilled by the prospect of leading its national dance company. I look forward to developing an ambitious and inclusive artistic vision driven by artistic exploration, learning and a desire to engage with our contemporary reality. Working from our home at Dundee Rep, we will continue to create world-class dance that is engaging and engaged, sharing Scotland’s distinctive creative voice with audiences around the world”.

Paul Burns, Interim Head of Dance, Creative Scotland commented: “On behalf of Creative Scotland I would like to extend my congratulations to Joan and to Dundee Rep and Scottish Dance Theatre on his appointment. Joan has already made a significant contribution to the arts sector in Scotland as a dancer, choreographer and advocate for the country’s dance community. Combining strong international networks with a passion for his adopted home town of Dundee, he is ideally placed to represent the wide range of high quality dance activity that Scottish Dance Theatre deliver with communities and audiences here in Scotland and across the world. I am looking forward to working with him in his new role.”

Scottish Dance Theatre's work has had an estimated audience of over 300,000 in 25 countries worldwide. Awards won include the Digital Award for Dance, the Critics’ Circle National Dance Award for Outstanding Company Repertoire (Modern) and a Herald Angel Award at the Edinburgh Festival Fringe. Scottish Dance Theatre was also nominated for a Total Theatre Award for The Life and Times of Girl A. Former Artistic Director Janet Smith's work with the company was also recognised with the Jane Attenborough Dance UK Industry Award.

Scottish Dance Theatre is currently touring Scotland and the UK with Velvet Petal by Fleur Darkin with upcoming dates in Newcastle, Edinburgh, Derby and London before returning to Dundee and the company’s summer tour will see them premiere a new work The Circle by Emanuel Gat alongside Colette Sadler’s RITUALIA before returning to the Edinburgh Festival Fringe in August 2019. 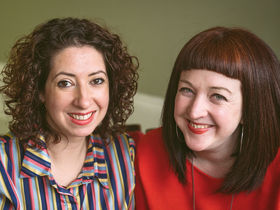 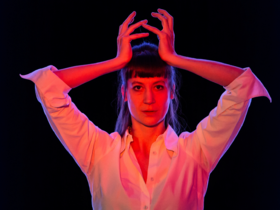 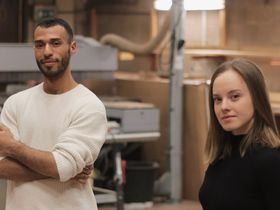