Back to Productions
Quick Links

The Circle by Emanuel Gat

The Circle, by renowned choreographer Emanuel Gat, emerges as a piece that tells the story of 12 individuals.

Focusing on the dancers' acute relationship with each other, its shifting, alternating energies create an intimate visual and emotional performance.

Choreographer, Emanuel Gat said; “It's been a pleasure to make work for such a talented hard working company. The Circle celebrates each dancer as an individual and their own unique dance language whilst also telling the story of this collective and the relationships contained within it. I'm excited for audiences to see these dancers in a new light and for the work to breathe as it feeds from their energy.”

The Circle features various tracks from ‘Ultravisitor’ by Squarepusher. Courtesy of Warp Records.

"...freewheeling quality that challenges expectations, confounds interpretation and invites you to let go and enjoy." The Scotsman ★★★★

About the Choreographer
Emanuel Gat was born in Israel in 1969. His first encounter with dance was at the age of 23 during a workshop led by Israeli choreographer Nir Ben Gal. A few months later he joined the Liat Dror Nir Ben Gal Company with whom he toured internationally. He started working as an independent choreographer in 1994. Ten years later, Emanuel founded his company Emanuel Gat Dance at the Suzanne Dellal Centre in Tel Aviv, with whom he has created several pieces of which “Winter Voyage” (2004) and “The Rite of Spring” (2004) won a Bessy Award; “K626” in 2006 and “3for2007” in 2007 came next, before choosing to settle in France, at the Maison Intercommunale de la Danse in Istres. “Silent Ballet” (2008) was the first piece created in France, followed by “Winter Variations” in 2009 and “Brilliant Corners” in 2011. Emanuel is associated choreographer at the National Scene of Albi in 2016 and from the season 2018-19, he is associated choreographer at the National Theater of Chaillot in Paris, for three years. 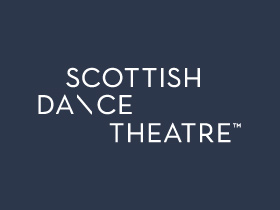